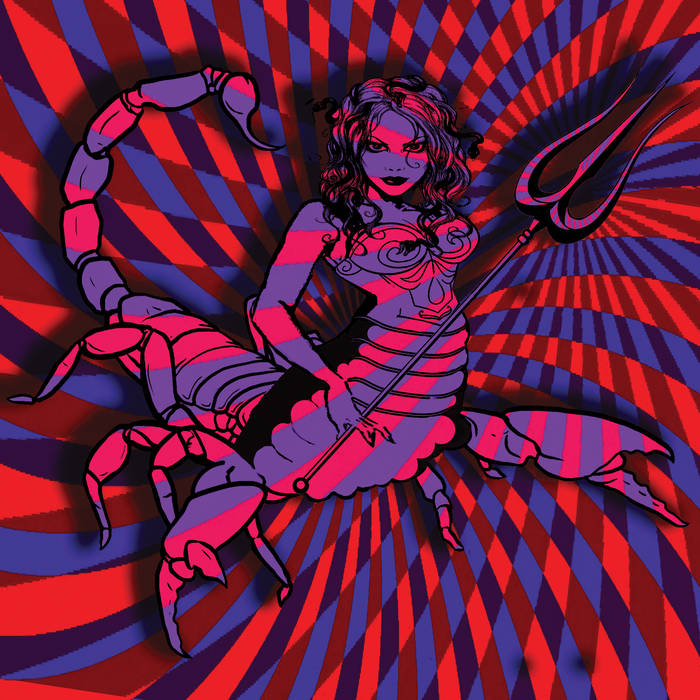 VenusAdonis I've been listening to Atomic Bitchwax since 3 dropped back in '05 and they haven't lost their touch one bit. Still the premier purveyors of stoner riffs.

pedrohouston Fuck yeah! I've been hanging out in alleys trying hold on for my TAB fix to show up. It's here! No more doing things behind dumpsters, getting in strangers vans because someone said they had want I needed.

In a busy three years since NJ’s most powerful power trio issued 2017’s Force Field, they’ve toured the US and Europe multiple times over, taken part in fests far and wide, and blown past the 20th anniversary of their self-titled debut album.

Scorpio acknowledges the two-decades milestone in its opening revamp of the first song the band ever wrote with vocals, “Hope You Die,” the crash-in of which will be immediately familiar to anyone who’s seen them live. A generation later, it still gets the message across.

Tracked in Jan. 2020 at Sound Spa in Edison, NJ, with Stephen DeAcutis engineering, Scorpio is a righteous next stage of the momentum The Atomic Bitchwax have been building through hard touring and release after release of gauntlet-throwing-down rock and roll. This is a band that never stops moving, and only ever moves forward.